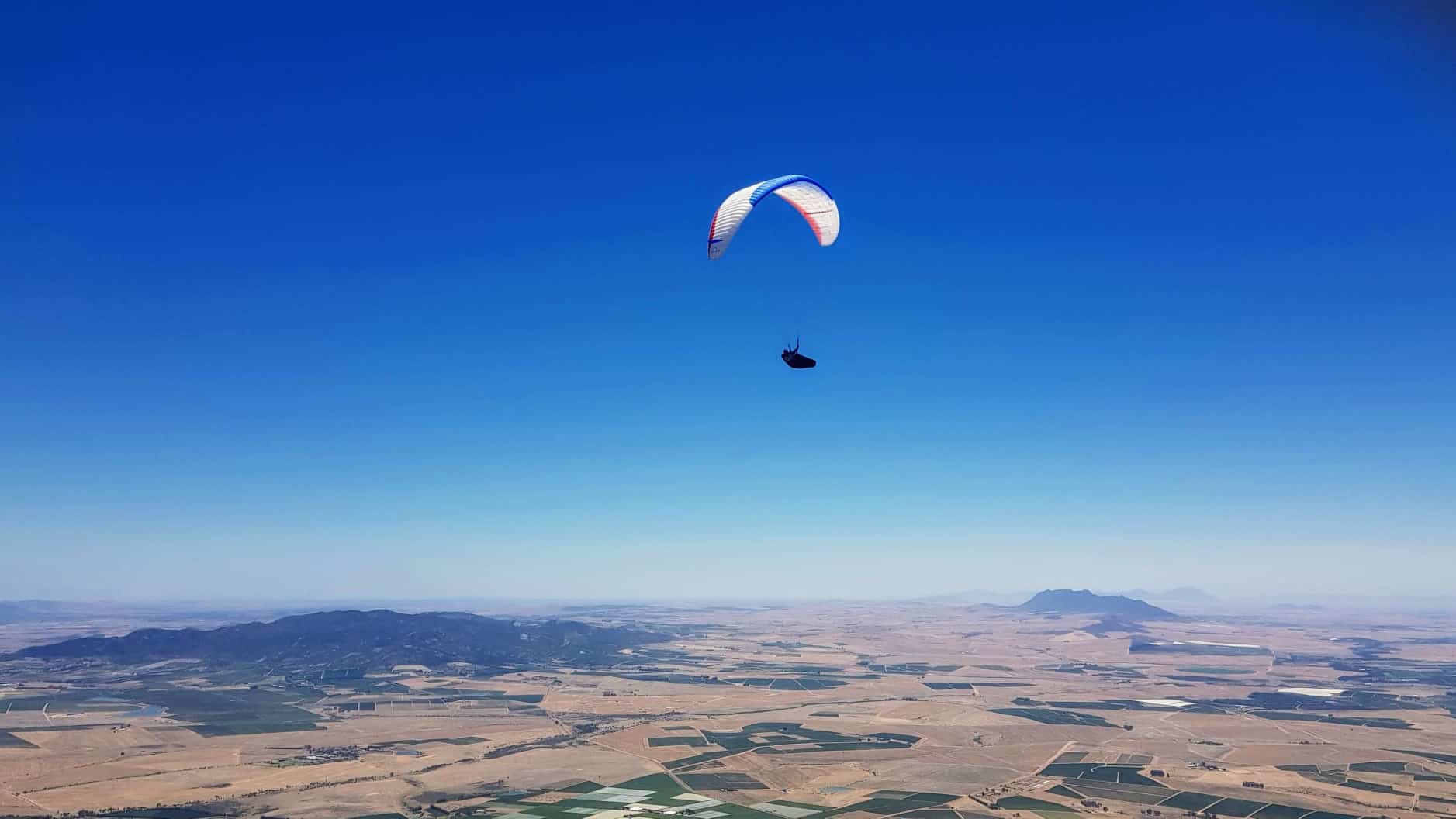 The cliffs of the Hawequas mountains provide a spectacular backdrop to this thermic mountain site. The launch is on the west facing slope below the car park and the discontinuation of forestry on the plateau below, offers plenty of landing options.

This site has been re-graded from Sport to Basic license.

Only use the upper launch in very light winds.

The 3rd carpark from the top of the pass – easy launch, but landing options are bad (thermal or land in trees). In SW use the carpark overlooking the tunnel entrance. Or if you can organize the key, you can launch in a constricted gully high in the peaks, with another peak upwind of you, in front of the southern-most radio mast. Scary.

Carpark: topland, or before trees, or in clear strip beside power-lines.

Tower: in the carpark on the old pass, or glide down the pass to land beside the tunnel entrance.

For HG there is an abandoned ‘soccer field’ at Bosdorp (on valley-side of the forest below carpark), or sandy fields 5km to the West beside the furthest forested hillock, beside a little dam.

N1 to Paarl, take the alternative route to Worcester (old Du Toit’s Kloof Pass, not the tunnel). Park at best carpark near the crest of the pass (depending on wind direction). If you organise a key the day before through Conservation, you can drive up the private road which turns left at the crest of the pass and leads up to the radio masts.

For the upper launch site, prior arrangement with Conservation Department is essential, and the gate must be locked behind you. This is a military helicopter training area D159 – danger, not restricted, so you can fly just watch out. (Ysterplaat Airforce Base 021 508 6911 to see if active).